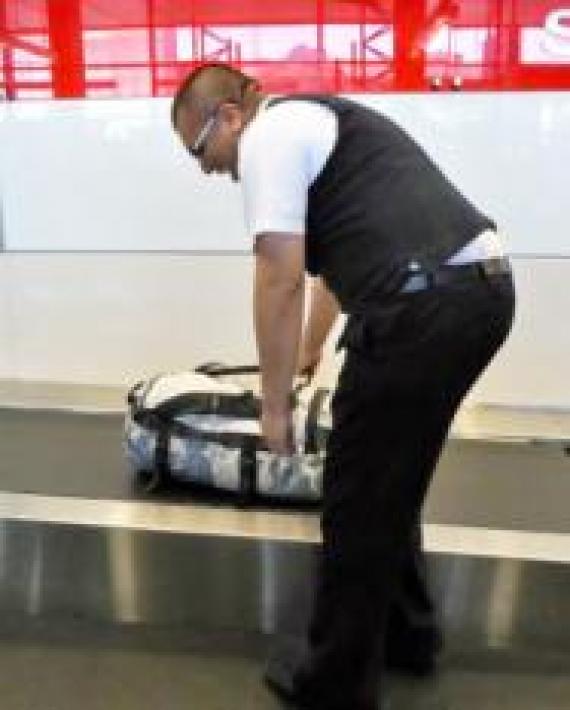 Agents at airport ticket counters must transfer passengers' checked bags to conveyor belts, which transfers them to a secured location for screening.  Bags can weigh up to 50 pounds.  This work was causing many agents to report low-back problems.  Health and safety personnel at the airline were interested in determining how risky this activity was and, more importantly, what improvement efforts could be made should the task be found to be a concern.

The SRI-Ergonomics team asked four ticket agents to wear the Lumbar Motion Monitor (LMM) as they did their jobs.  Although these agents perform many tasks, the focus of this effort was on baggage handling.

Using the LMM's low back injury risk model, it was found that this task would be considered "moderate risk," indicating that some individuals doing this job would be expected to develop a back injury due to this task's physical demands. 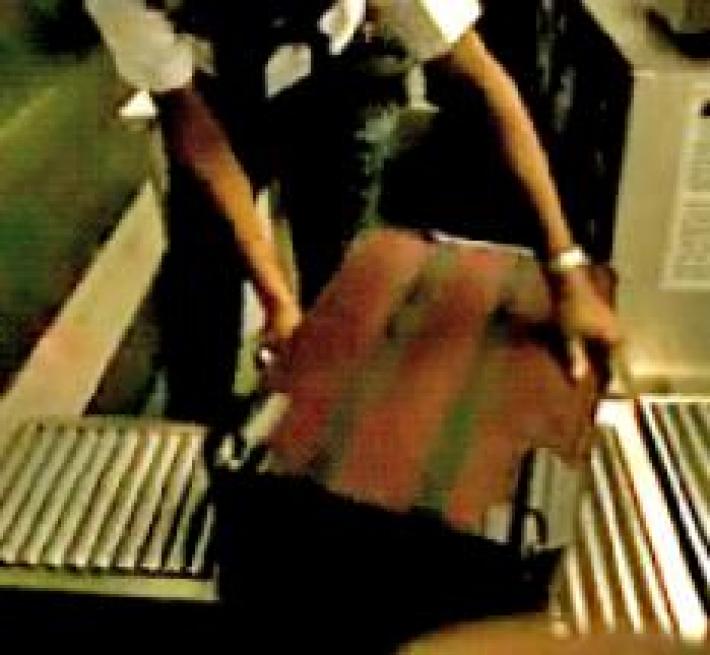 The airline was considering retrofitting the ticket counters with roller bridge that connected it to the take-away conveyor.  This would allow agents to push/slide bags to the conveyor rather than lift and carry them.  In addition, these bridges could be easily raised and, thus, out of the way, when not needed.

The same agents were monitored with the LMM while they transferred passengers' bags on these roller bridges.  The results showed that use of this equipment resulted in a task that was "low risk," meaning that no employees would be expected to develop a low back injury by having to perform the task in this manner.

This evaluation provided the data and justification needed to go forward with the company's plan to implement the roller bridges across many of their ticket counter locations.